The history of the REBgut Lauda: from a state winery to a cultural gastronomy

At the beginning of the 19th century, the Tauber Valley presented itself with almost 7,000 hectares as the largest contiguous wine-growing region in Germany.

A hundred years later that area had shrunk to just 500 hectares. In order to counteract this negative trend, the Rebgut was founded in 1930 as a branch of the " Staatliche Lehr- und Versuchsanstalt für Wein- und Obstbau Weinsberg " and inaugurated by the then Baden State President and native "Laudemer", Dr. Josef Schmitt. The successful work of the Rebgut Lauda under the sponsorship of the state of Baden-Württemberg is recognized in specialist circles. Many renowned winemakers know the Lauda Altenberg vineyards personally. 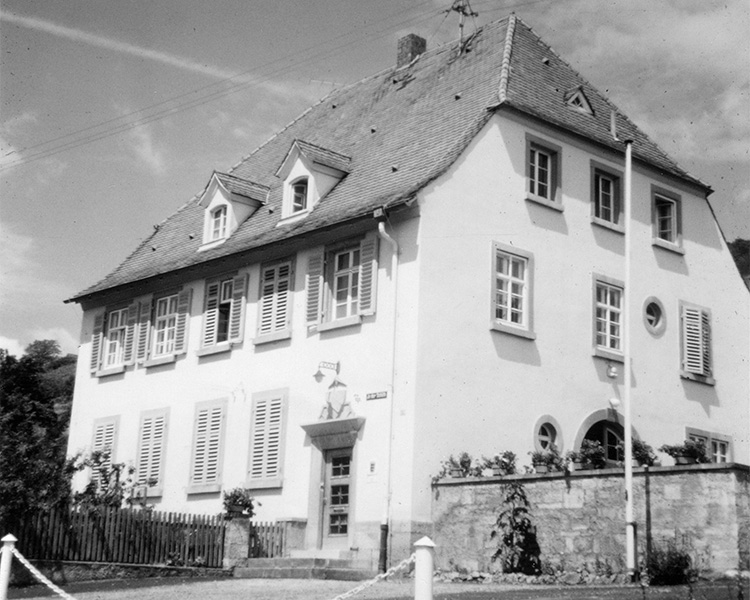 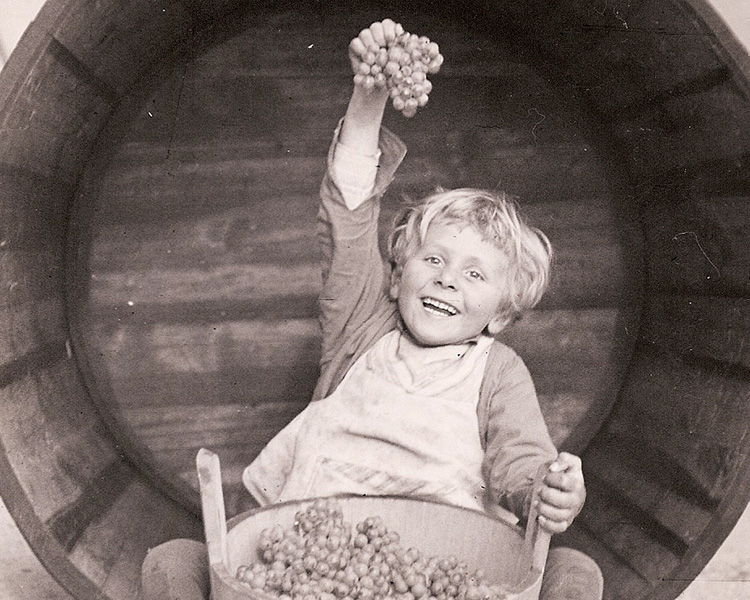 Conversion and operation of our REBgut as cutural gastronomy

February 2020
Our second hotel building - the “Remise” - is finished. From now on we can offer our guests 14 more comfortable and modern double rooms; all equipped with air conditioning.

January 1st, 2019
Andreas Nutt, an experienced restaurateur, takes up his work as the new hotel director and later managing director for our REBgut together with his wife Stefanie.

Jun 20th, 2013
After around 17 months of construction, the former state winery is reopened as a cultural gastronomy business. Our project is now officially called REBgut – Die Weinherberge. Immediately after the opening, the local people celebrate their new REBgut with an open day on June 22nd and 23rd, 2013.

May 10th, 2011
The authorities of the Main-Tauber District grant permission to start the renovation. Since then, planning and tenders have been in full swing. The construction management for the conversion and renovation of the cultural monument has taken over the architect Klaus Schreiner based in Tauberbischofsheim.

May 6th, 2010
The so called „LEADER-Aktionsgruppe Neckar-Odenwald-Tauber“ meets in Waldbrunn. The project is presented under the title "Landlust Lauda". It`s about rual subsidies.

April 12th, 2010
The Technical Committee of the city of Lauda-Königshofen unanimously approves the new owner's preliminary construction request. In order to meet the concerns of a resident from the neighborhood, the building owners have a noise protection report drawn up.

March 11th, 2010
Dr. Gunther Wobser aus Lauda-Königshofen acquires the former state winery together with a small vineyard of 1800 m2 from the Baden-Württemberg State Office of Property and Construction. The other surrounding vineyards are bought by the local winemaker Karlheinz Sack. 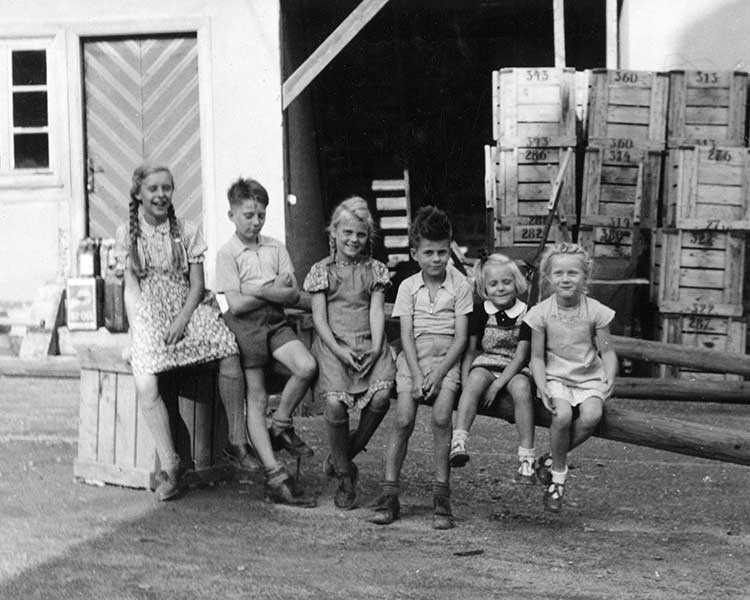 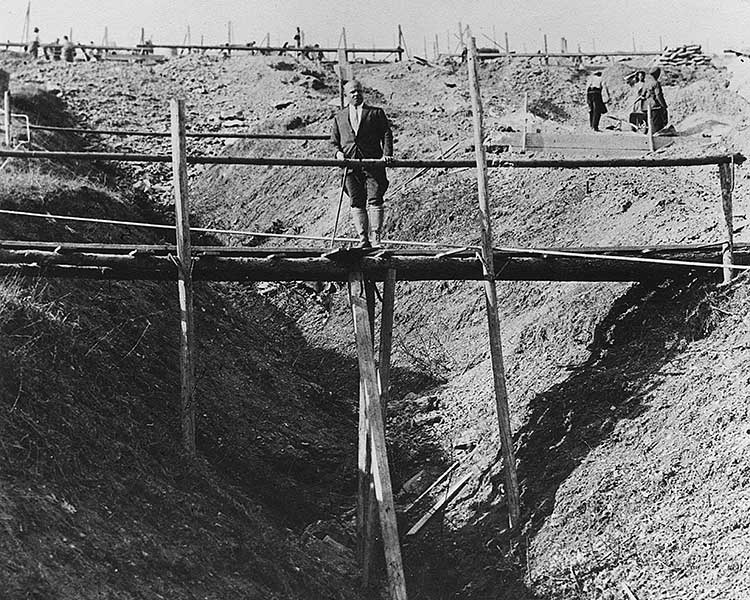 Change of ownership at the former state winery

After the early death of Werner Vögtlin in 2002, the shine faded. The proud, listed building - directly connected to Lauda-Königshofen via Rebgutstraße - is noticeably falling into disrepair. In the manor house even the heating system becomes unusable. Around 2007 the entrepreneur Dr. Gunther Wobser and the Lauda winemaker Karlheinz Sack came up with the idea to breathe new life into the winery together. Due to the difficult legal situation and long negotiations with the state of Baden-Württemberg, the implementation of this idea will take until 2009. With the support of the city of Lauda-Königshofen, which was very much interested in the long-term use of the winery, and after clarification of the removal of contaminated sites, the sale was finally carried out 2010. 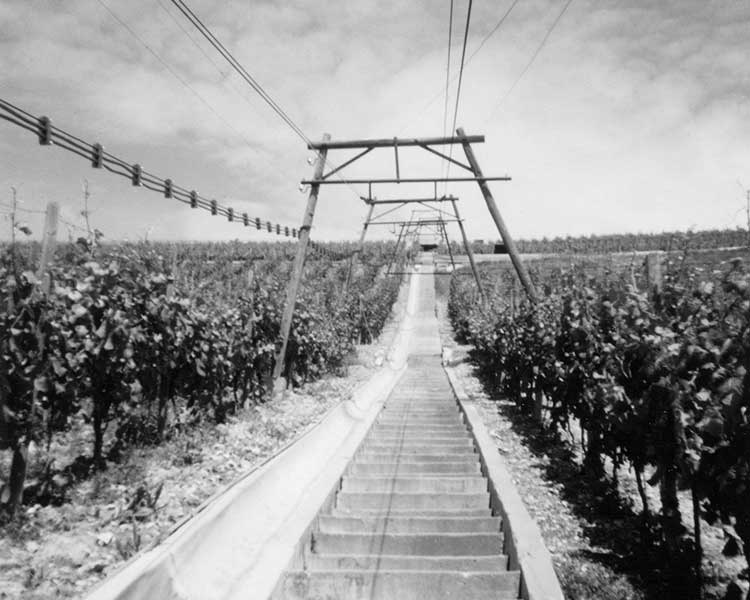 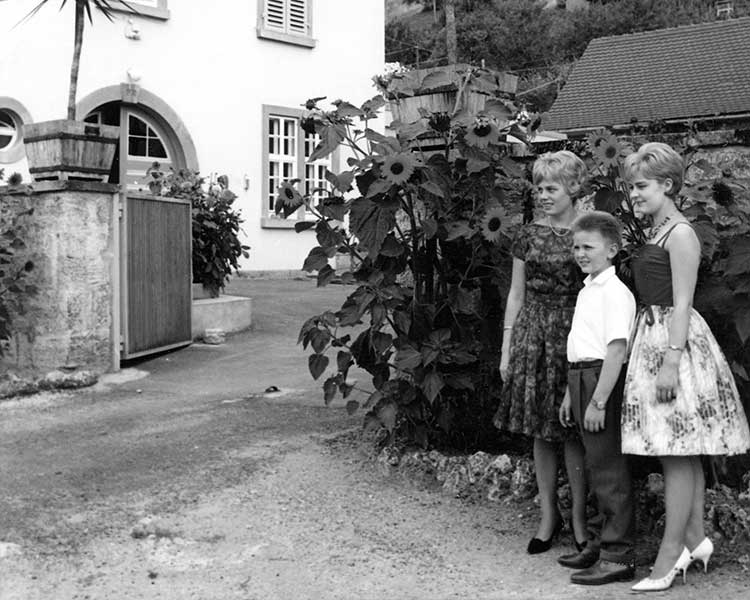 2003 until 2008
Weingut Lauda GmbH & Co. KG takes over the operation of the winery. Unfortunately, there is no economic success. The company went bankrupt in 2008. The buildings have not been used since October 2008. The vineyards are still cultivated on behalf of the state by the winery of Karlheinz Sack at Lauda-Königshofen.

1994 until 2002
Intensive viticulture is still practiced at the Rebgut. The wine is brought to market by Werner Vögtlin. The Vögtlin winery is a recognized training company. A total of 18 trainees are familiarized with the craft of viticulture there. The Vögtlin family runs an extremely successful temporary (twice a year) rustic wine bar. In addition, the popular courtyard festival is held once a year. Due to the early death of Werner Vögtlin in August 2002, his wife Silvia Vögtlin hands over the business to the Weingut Lauda GmbH & Co. KG in January 2003.

1979 until 1994
Initially Werner Vögtlin successfully managed the state winery for another five years. From 1994 he leased the vineyards from the state of Baden Württemberg in order to run it himself as the Vögtlin Winery.

The 1970s
Karl Dietrich was followed by Paul Schauber from 1972 to 1979 and, from 1979, winemaker Werner Vögtlin. In the 1970s, the "Tauberschwarz" grape was saved from extinction at the Rebgut in Lauda. Today it is very popular and is the only grape named after its growing area.

1930 until 1973
The Rebgut Lauda is run by various administrators as a state-run wine trial estate. Heinrich Vetter is a man from the very beginning. From 1940 he was succeeded by Erwin Brunner as manager of the winery. After the end of the Second World War, he is followed by the officials Kaufmann and Dr. Bruns and the winemaker Franz Rebafka. Government official Karl Dietrich then carried out extensive development work. Under him, young winemakers were trained in the later “tasting room” and an active wine sale starts.

July 10th, 1930
The state winery in Lauda is run to promote and improve viticulture in Germany on 4.6 hectares.